An Update on the M20 Collection Version 4 Update

For the past months, a major rework of the M20 Collection has been in the works. We have many exciting systems and general updates that we are excited to bring to the M20 Collection that we have discussed previously here. It may have seemed that news has been stagnant regarding this update, as we initially released a small public beta of the first iteration of v4 (See Note 1), that only contained some bug fixes. We are excited that this silence was due to us realizing that the M20 Collection deserved an even bigger update to keep it as one of the best GA Aircraft for X-Plane.

We are excited to announce that in addition to the many features previously discussed, we have hired McKenzie of TorqueSim, to completely rework the 3D model and texturing of the entire aircraft! We are also implementing synthetic vision onto the G1000, as seen in HotStart’s TBM 900 and TorqueSim’s Pocket Rocket.

This update will feature a ton of new things, including:

This update will continue to be FREE to all existing customers! The v4 update will be rolled out over a course of many incremental public betas, distributed through our Public Beta group on our discord (See Note 1). If you don’t have the M20, you can get it now, here!

This update is massive — we are essentially redoing the full aircraft inside and out. It is getting many of the amazing features we have brought to the Pocket Rocket! Those with a really keen eye may have noticed that we stopped sales of our “Custom Tail Number” service a few weeks back. That is because one of the many features coming to the M20 Collection is the custom tail number system! A downside of this major re-work of the 3D model is an incompatibility with existing liveries. Most of the included liveries will be ported over to the new model, in addition to brand new liveries! To those who have custom liveries, we currently have two methods of how we will keep you with your livery. The first: we will include a patch with the update where you can revert the exterior model of the aircraft to the original, you would still benefit from the new interior, but keep the existing livery, textures, and model on the outside. The second method: for those who purchased custom liveries from us, we will offer a significantly discounted “remake” of that livery for the new model. (Remakes will be done based on a waitlist, to get on the waitlist, fill out the form here)

We do not have a timeline yet for this update, but we will be pushing incremental updates through our public beta channel over the coming weeks and months. We will be making intermittent public posts on our progress as well! If you are excited to follow the development of this update and benefit from our current pricing, now is a great time to add the M20 to your hangar! If you want to wait, that is fine too – The official release of v4 update will be ready later this year!

Note 1: If you are interested in joining the M20 Collection v4 Public Beta, simply join our discord AFM + TorqueSim and message me, Coop (#1019) your order number from either the AFM Store (FastSpring) or Threshold and I will get you added to the group.

Oh wow. Great news and this is what finally the Mooney deserves. Thanks Coop…

This site uses Akismet to reduce spam. Learn how your comment data is processed. 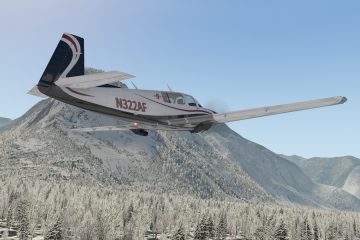 X-Aviation and AFM Simulation are pleased to announce the release of the M20 Collection V4 PB5 Update. This update brings the aircraft collection to be fully compatible with X-Plane 11.50 with Vulcan and Metal support. All Read more… 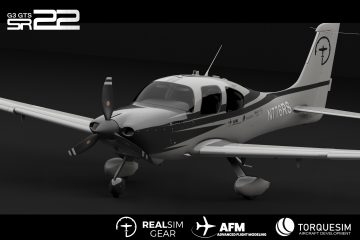 TorqueSim (A joint venture between AFM Simulation and Attitude Simulations) and RealSimGear are excited to announce our next aircraft for X-Plane 11 – the SR22 G3 GTS!  The SR22 will be entering internal testing in Read more… 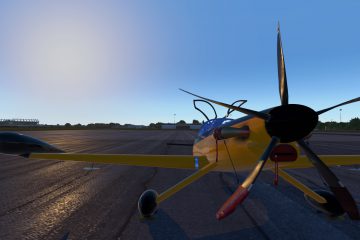 Want to join our Testing Team?

We are restructuring our testing team and are looking for new members! If you are interested in being a part of our future developments for X-Plane, consider applying here! The application window will only be Read more…